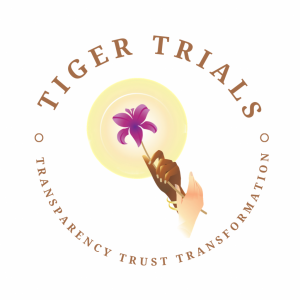 As a breast cancer patient, it is important to know about clinical trials. Not only are clinical trials a critical part of the development of treatments, but your participation in them help researchers, patients and advocates learn more about diseases. Below, we provide you with important information you should know. 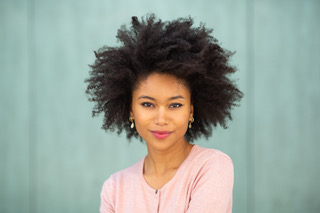 What are clinical trials?

A clinical trial is a type of medical research study that determines whether an intervention – a new drug, medical device or diagnostic tool – is safe and/or effective. The investigators leading a clinical trial develop a protocol – a detailed document that describes how the study will be performed. A clinical trial recruits volunteer study participants to test the intervention. Clinical trials are conducted by government agencies, universities, hospitals, and drug companies.

It takes an average of seven years for a promising intervention to progress through the steps of clinical testing. First, the protocol must be approved by the institutional review board (IRB), and by the Food and Drug Administration (FDA). Following this initial approval, the intervention progresses through a rigorous series of clinical studies. Some interventions that are being tested never complete the testing series. Others complete all of the testing, but they are not approved because they are either not safe or because they are not effective, or both.

What are the different types of clinical trials?

Clinical trials are categorized into four phases or types.

Phase I: Phase I clinical trials are the first time the drug is used by people. For these clinical trials, a small group of healthy volunteers are given the drug to determine the dose range that is tolerated for a single dose or for multiple doses. These studies are also performed to learn if the drug has any side effects.

Phase II: If the phase I studies have demonstrated that the new drug is safe, phase II clinical trials are conducted on patients with the disease or condition to be treated, diagnosed or prevented. Phase II studies are performed to determine if the new drug is safe and effective at treating the disease. Phase II trials may also be performed to determine if drugs that are already on the market can be used for another purpose.

Phase III: Phase III clinical trials are done as a final step to gain regulatory approval to market the drug. In phase III trials, the drug is given to a large group of patients with the disease. For comparison, some of the study participants are given standard treatment, placebo or both.

Phase IV: Phase IV trials, sometimes referred to as post-marketing surveillance, are performed after the drug is available and in use to the general public to provide additional details about the drug’s safety. This may include side effects not observed in the earlier clinical trials. Evaluations may include different formulations, dosages, durations of treatment, and interactions of different medicines. Evaluations may also include new age groups, races and other types of patients. If new side effects are identified that are serious, the use of the drug may be limited or restricted. In some cases, the intervention may be removed from the market.

Why are clinical trials important?

Today, people are living longer in part because of the results of clinical trials. Imagine for a minute – aspirin and other common medications and medical devices went through clinical trials before they were approved for public use. Clinical trials also help us learn more about diseases and other health conditions. This includes learning how the condition develops, if there are certain characteristics that make us more likely to get a disease, and which treatment would be better for treating us.

Who should participate in a clinical trial?

For each clinical trial, the accompanying study protocol describes who can and cannot join the study. These enrollment characteristics may include age, gender, medical history, previous treatment, current health status, and the particular type or stage of cancer.

After you have signed an informed consent form, which indicates that have agreed to participate in the clinical trial, a doctor or nurse will assess your medical history, perform a physical exam and perform laboratory tests to determine whether you meet the eligibility criteria. Do not feel discouraged if you cannot join a specific clinical trial. The research team’s top priority is to ensure that the study is right and safe for all of the patients. So if you are not selected, you can try to join another clinical trial.

How are clinical trials conducted?

Clinical trials are led by a principal investigator, who is usually a medical doctor. The clinical trial team may include doctors, nurses, study coordinators, social workers and other health care professionals.

The money to perform clinical trials is commonly provided by pharmaceutical companies who have produced a drug or medical device. Academic medical centers, federal agencies, and hospitals may also provide funds for clinical trials.

How long are clinical trials?

Where are clinical trials conducted?

Clinical trials can take place in various locations such as hospitals, universities and community clinics.

What are the benefits of participating in a clinical trial?

As a minority, participating in a clinical trial allows the researchers to conduct a study that is more representative of the general population and to gather racial and ethnic data on the disease and treatments that they are studying. Participating in a clinical trial also allows you to have access to the newest treatments and care that are hopefully more effective than the current standard care. In some cases, you could earn money as a volunteer study participant.

What should I know before I decide to be part of a clinical trial?

When you express interest in learning more about a clinical trial, you will be provided with an informed consent form, which describes the clinical trial. If there is something on the form that you do not understand, the study doctors and nurses are available to answer your questions. Before you decide to be part of a clinical trial, make sure that you understand:

As a clinical trial subject, there are a few additional items to consider:

Depending on the type of treatment being studied and your individual health, you may experience unpleasant, and sometimes serious, side effects. Often these side effects are temporary and end when the treatment stops. The researchers will warn participants of all known side effects, but unanticipated problems may arise.

The experimental treatment may not work as well as intended, and in some cases, it may not work as well as standard treatment.
You may be required to devote more of your time and make changes to your daily schedule. For example, you may spend more time traveling to the study site and you may send time in the hospital. You may also spend more time taking treatments.
What is expected of me when I participate in a clinical trial?

As a research participant, you are an important part of the research study. It is important that you understand your role and how it impacts your safety and welfare. Some of your responsibilities include:

The Food and Drug Administration helps to protect the rights and welfare of research subjects by performing inspections of clinical trial study sites and the research team to ensure that the study is being performed properly, and by verifying the quality and integrity of data from the clinical trial.

How do I enroll in a clinical trial?

By signing the informed consent form, you are acknowledging that the researcher has provided you with all of the appropriate information so that you are “informed” (educated) about your rights and about all aspects about the study, and that you “consent” (agree) to voluntarily participate as a research subject. A typical informed consent form will include:

At the end of each phase of a clinical trial, the data are collected and analyzed to determine if the experimental drug is effective and safe, and if there are any side effects. The data will determine if testing should be stopped or if it is ok to move on to the next phase of the clinical trial. The data are submitted to the Institutional Review Board and the Food and Drug Administration. The researchers may submit the data to science journals for peer-review and publication. The highlights from these studies are sometimes re-written in non-technical language for the general public to easily understand.

Talking with your health care provider and clinical trial staff

Clinical trials are led by a principal investigator, who is usually a medical doctor. The team may include doctors, nurses, study coordinators, social workers and other health care professionals. The clinical trial team is available to speak with you about the study and answer your questions. Below are some suggested questions that you can ask your research team:

How to interpret a clinical trial study?

Baseline Characteristics: Baseline characteristics are data collected at the beginning of a clinical trial. These include age, gender, weight, blood pressure, and current medications.

Investigation Drug/Experimental Drug: This is the drug that is being tested in the clinical trial.
Sample Size: The sample size refers to the number of research subjects in the clinical trial. When the study protocol is being developed, investigators perform mathematical predictions to determine how many study patients are needed to strengthen the validity of the results. This mathematical calculation is important because even though results from a research study may suggest that the experimental drug is effective, it could be a coincidence. When the same result is observed in many people, it is less likely to be due to coincidence.

Control Group: The control group refers to the group of research subjects who receive either a dummy treatment, an older treatment or no treatment at all. With the control group, investigators are able to specifically determine how likely it is for patients receiving the treatment to get better on their own or on a different treatment.

Study Duration: The study duration refers to the length of time of the research study. It is important that investigations treat “treatment group” patients and “control group” patients during the same time period and observe the two groups of patients side-by-side. In the past, investigators used results of a “control group” that were monitored at an earlier time, perhaps when medical advances were not as good. This made the study non-ideal because it used an unfair comparison. Today, research studies are done on all treatment groups at the same time.

Disease Progression: During treatment, if the cancer size increases by 20% or if a secondary cancer develops, this is called disease progression.

Adverse Events: An adverse event refers to a change in a research subject’s health status during the clinical trial, and it is an unfavorable or unintended sign, symptom or disease. Some examples of adverse events include convulsions, nausea, hair loss, development of drug dependency or drug abuse, and death.

Statistical Significance: This refers to whether an event or difference occurred by chance alone. In clinical trials, the level of statistical significance depends on the sample size, observations documented in the study, and the size of the differences or number of events that occurred.

Where can I find a clinical trial?

Where can I find clinical trial results?

Definition of terms used to talk about clinical trials.