Roll with the Punches 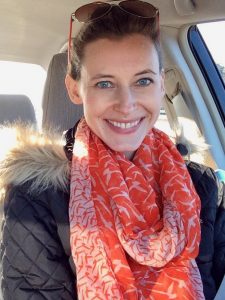 Christine Hodgdon was diagnosed with de novo metastatic breast cancer (MBC) in April 2015 and became heavily involved in the MBC community after attending a Metavivor advocacy event on Capitol Hill to push for more MBC research funding. She went on to become a leadership volunteer for the Hear My Voice program with Living Beyond Breast Cancer (LBBC) and plans to become an ANGEL advocacy volunteer with the Tigerlily Foundation. Christine has also contributed several articles to various organizations to raise awareness about MBC and serves as a peer mentor for the Young Survival Coalition and LBBC. Before cancer, Christine loved to travel and was a Peace Corps volunteer in Guatemala from 2011-2013; she had a career as a conservation biologist working to save habitat for endangered species. She is planning to use her science background to create an open-access online forum that provides the most recent and scientifically accurate information about breast cancer and its treatments- including MBC clinical trials and drugs and therapies in the pipeline.
— 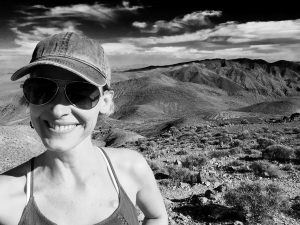 In the summer of 2015, I was having what can only be described as an identity crisis. With just three words “you have cancer,” I knew I was facing months of chemo, a surgery that could result in the removal of one or both of my breasts, and weeks of radiation. It happened so quickly and it was so surreal, that I often felt like I was playing a sick joke on my friends and family when I told them the news. This new identity of breast cancer patient was thrust upon me.

Over the next month, chaos ensued as is typical with a cancer diagnosis. A PET scan revealed that I not only had breast cancer, but I also had thyroid cancer. The good news was that thyroid cancer was very slow growing and easy to treat, so I dutifully assumed my new role as a double cancer patient.

The PET scan also revealed a suspicious lesion on my lung, which was the last and most challenging hurdle of my diagnosis. If the biopsy was positive for cancer, this would mean that my breast cancer had metastasized and my life expectancy would be significantly reduced. I knew that only 6-10% of patients were diagnosed de novo metastatic, meaning from the beginning, but I also knew it was definitely a possibility. 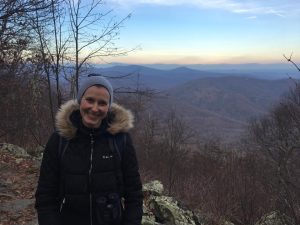 As much as I wanted to be in that 90% of patients, the results showed HER2+ cancer cells in my lung, which meant I was indeed a stage IV metastatic breast cancer (MBC) patient. I was 34 years old, in the prime of my career, and training for a triathlon; in just 3 short weeks, I was forced to put that life aside and assume several new roles: breast cancer patient, thyroid cancer patient, and a person with a terminal illness.

I would like to think I masterfully and gracefully accepted these new identities, but it was a messy process. My lung eventually healed and I underwent 4 grueling months of weekly chemotherapy, then endured a thyroidectomy and lumpectomy with several complications, and lastly 5 weeks of radiation. 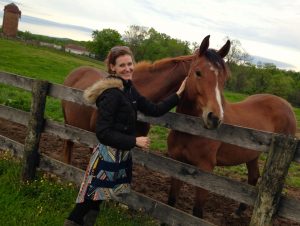 At the end of all the treatments, another scan revealed that not only had the original tumors found in my breast disappeared, but the spot on my lung was also gone. I had had a complete response to my treatments and I now showed “no evidence of active disease” (NEAD). NEAD is what all stage IV patients strive for; it is the best-case scenario after being diagnosed metastatic. I resisted all the other identities forced upon me, but cancer survivor was an identity I embraced completely.

Cancer gave me a glimpse beyond the smoke screen of security that nothing bad would ever happen to me or to my loved ones. It taught me that feeling “safe” is merely an illusion. None of us are immune to the pain one can experience in a lifetime, whether it be cancer, divorce, or loss of a job. Any number of bad things can happen, and the only thing we can control, is how we choose to respond to the adversity. 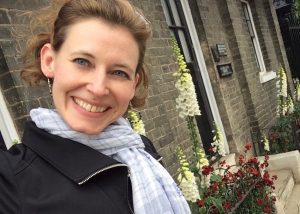 I choose to live my life and not succumb to the fear. I’m planning a massive 40th birthday party (still 3 years to go!), which would make me a 5-year survivor. I feel lucky to have lived such a full life filled with lots of travel, an amazing career, and an abundance of love and support from friends and family. But there is still so much I want to do. My story is not yet finished, and I’m excited to see where it takes me.

Caregiver Perspective: Caring for my daughter with metastatic breast cancer