Welcome to the Tigerlily Foundation’s MY LIFE Program.

MY LIFE stands for Metastatic Young, Living in Focus, Empowered and is dedicated to young patients, under the age of 45, living with metastatic breast cancer.

This powerful program includes MY LIFE is My Legacy Magazine and MY LIFE Is My Legacy Video Series in addition to providing tools, resources, guidebooks, and support for women living with cancer.

The NEW MY LIFE TNBC Patient Voices 2022 Issue is here! 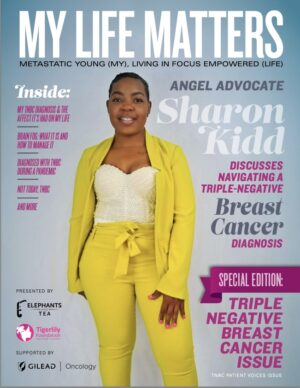 Tigerlily Foundation & Elephants and Tea collaboration focusing on Triple Negative Breast Cancer (TNBC). In this special double issue of MY LIFE Matters we highlight patient voices through the stories and experiences of patients who are living with or have lived through TNBC. In addition to insights and tips from medical experts.

Elephants and Tea & Tigerlily Foundation collaboration focusing on metastatic cancer and bone health. What the F are bones, learn the F’s Facts, Food, Fitness, Focus in the newest version of MY LIFE Matters publication.

This is an Elephants and Tea & Tigerlily Foundation collaboration focusing on metastatic cancer and racial disparities. We are excited for this second issue of MY LIFE Matters: Power of One.

The MY LIFE Matters Publication is supported by: 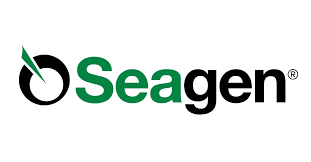 #MyLifeIsMyLegacy series by Tigerlily Foundation are the stories of people who are metastatic breast cancer (MBC), early breast cancer (EBC) and those who have not been diagnosed with cancer. These stories build a bridge of knowledge, love, faith and transformation that help us understand the impacts of breast cancer and provide guidance that will help generations to come. Nunny Keyla Reece described when she was first diagnosed with MBC, “It was very clear that people had a fear to talk about MBC.  Even for myself, it was a scary thing to talk about.” But knowledge is power. As Nunny described, “If you don’t talk about it, how will you gain the knowledge?”

Please join us as we launch our series of intimate vignettes. Share these videos and tag your friend using the hashtag #MyLifeIsMyLegacy. 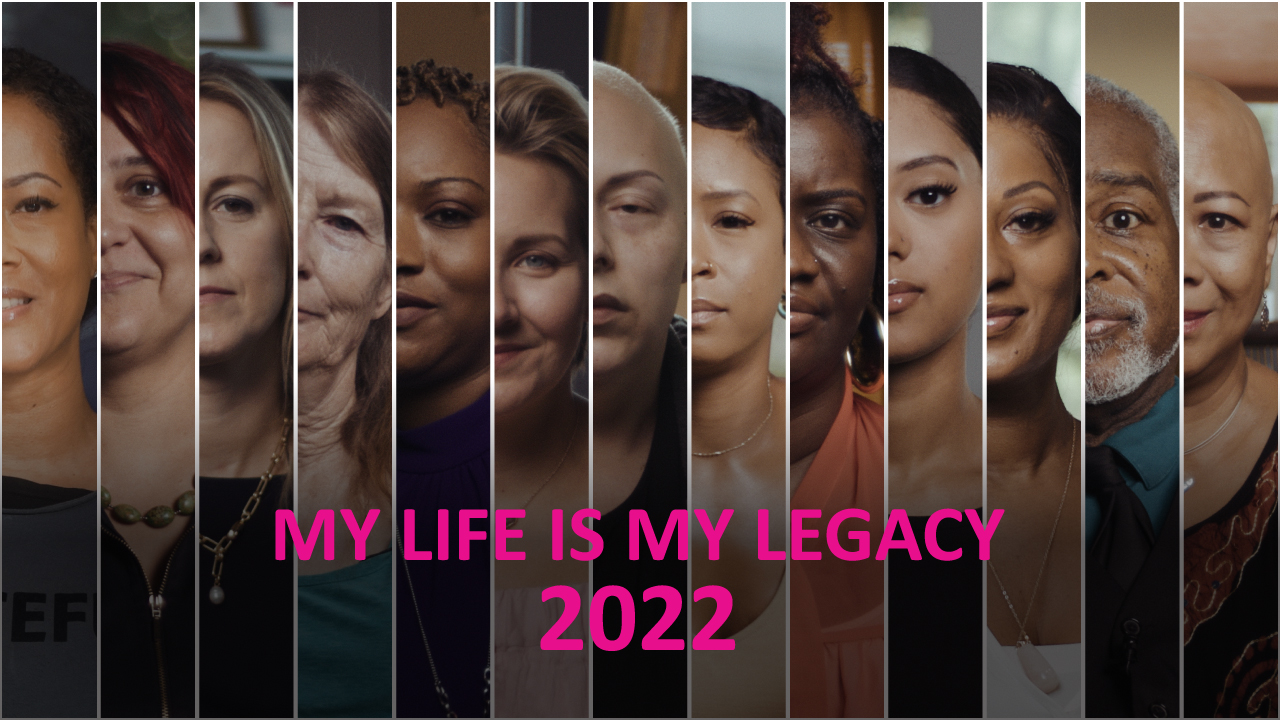 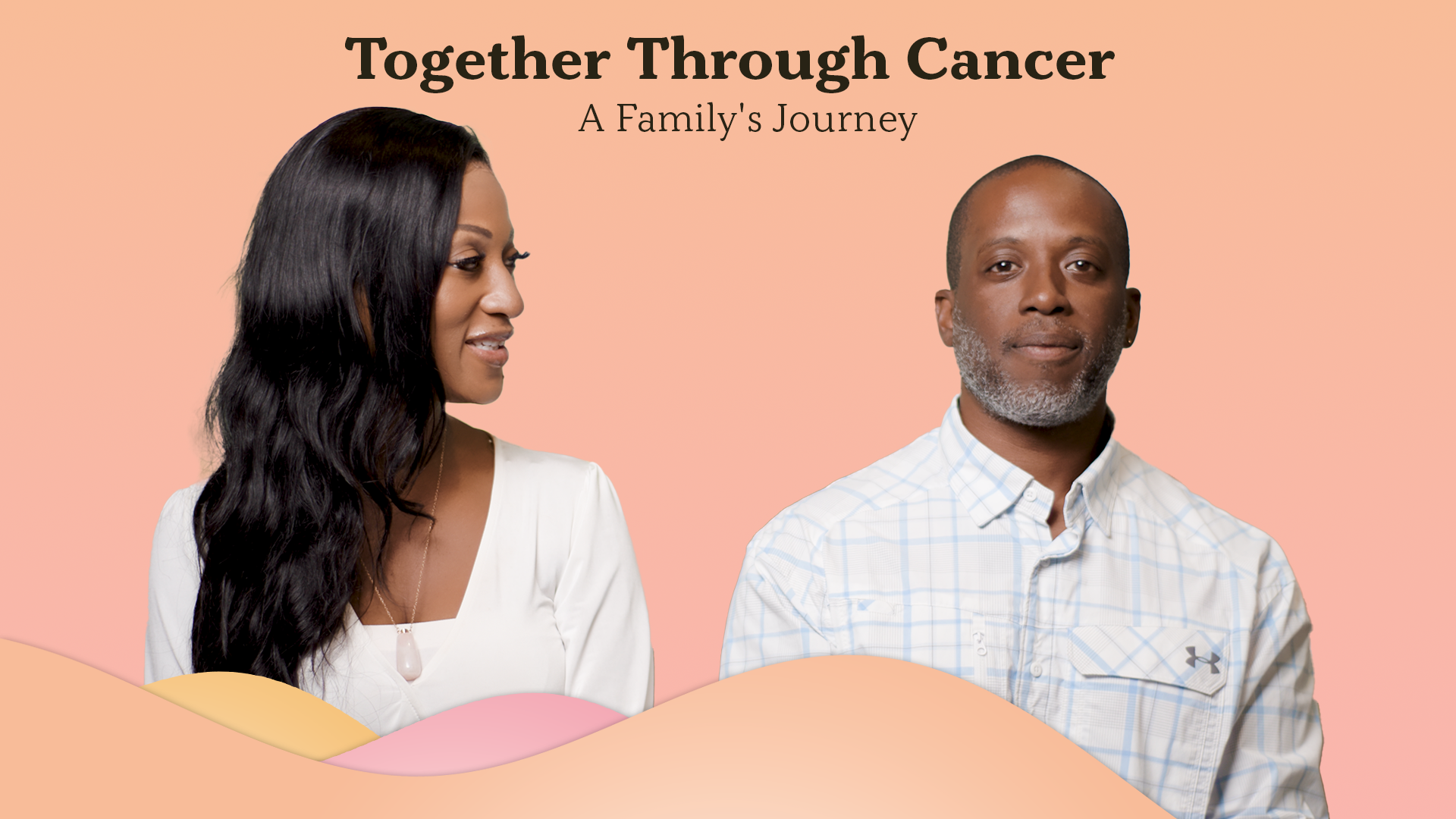 Metastatic Breast Cancer (MBC) is breast cancer that has spread beyond breast tissue and the surrounding lymph nodes to form tumors in other parts of the body such as bones, brain, liver, and lungs. If you have been diagnosed with early stage breast cancer, it’s understandable if you don’t want to hear anything about MBC.  It is also understandable if all your focus is on wanting to get through your treatments and adjusting to the shock of your cancer diagnosis.  The most recent update from Cancer.net.  This year, an estimated 290,560 people (287,850 women and 2,710 men) in the United States will be diagnosed with invasive breast cancer. Breast cancer is the most common cancer in women in the United States, excluding skin cancer. Worldwide, female breast cancer has now surpassed lung cancer as the most commonly diagnosed cancer. It is now estimated that breast cancer is the second most common cause of death from cancer in women in the United States. It was reported over 5 years ago that more than 155,000 breast cancer survivors were living with metastatic disease, three-fourths of whom were originally diagnosed with stage 1-3.

You may feel a range of emotions and struggle to stay positive and hopeful that cancer will not come back.  You may struggle to guide yourself through the medical system, feeling scared and alone, fearing what might happen in the future.

The thing is, sometimes our fear can come to life when we don’t have all the information, we need to be vigilant and fearless advocates for our health. To benefit from advancements in research, testing and treatment, it is critical for all those touched by breast cancer to learn about the entire continuum of stages and possibilities, including MBC. Without access to correct information and timely treatments or clinical trials, your best life could be interrupted.

Metastatic breast cancer is the reality for far too many women across the world, many of these diagnosis’s can be prevented by early detection and treatments. Our mission is to one day see MBC as not a terminal disease but one that can be treated with a 100% success rate.

Learn more about our MY LIFE Partners

If you serve young women in the metastatic community and want to partner with us, please email info@tigerlilyfoundation.org
Our Partners

This campaign has been generously supported by: