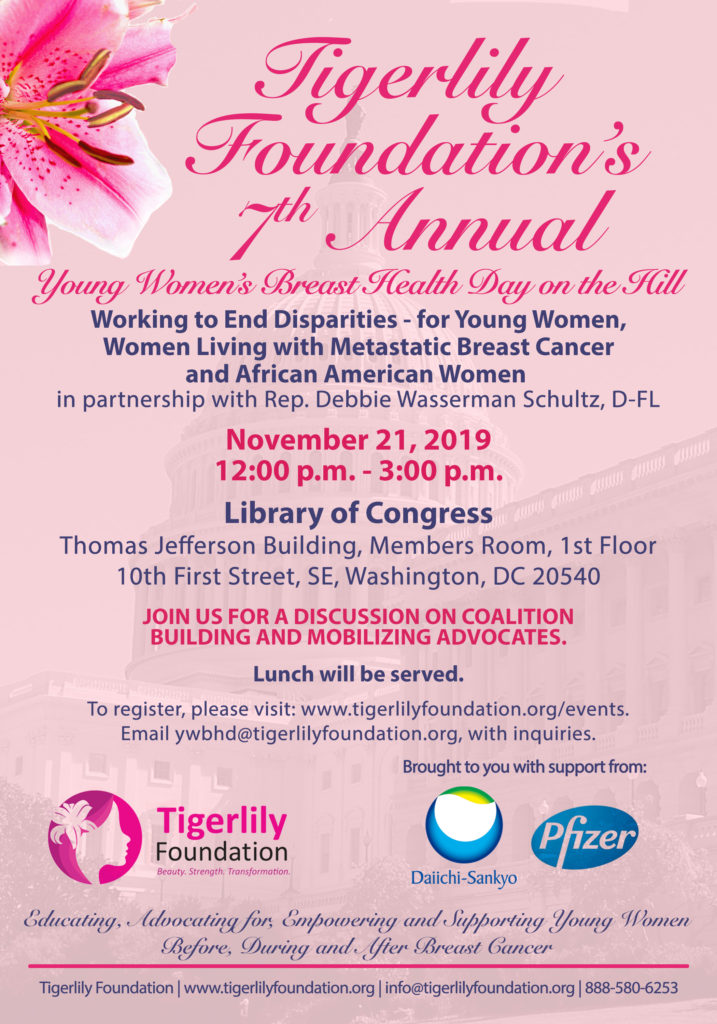 Optional Transportation Methods to the Event:

Please find a link here that provides directions to the Library of Congress via several methods of transportation. All guests should enter the building through the Carriage entrance located on the ground floor and then proceed up to the Members Room (LJ-162). Directional signage will be displayed once inside the building. 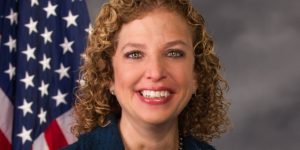 Rep. Debbie Wasserman Schultz, D-FL Rep. Wasserman Schultz represents Florida’s 23rd Congressional district. In the 113th Congress, as a ranking member of the Legislative Branch Subcommittee, she will serve on the subcommittee that determines the funding level for the entire legislative branch. Wasserman Schultz was also recommended to the House Appropriations Subcommittee on State and Foreign Operations. She also serves as a Chief Deputy Whip where she works to help advance legislation important to the Democratic caucus.

In March 2009, after announcing her own battle with breast cancer, Wasserman Schultz introduced the Education and Awareness Requires Learning Young Act, or EARLY Act (H.R. 1740), a piece of legislation that directs the Centers for Disease Control and Prevention to develop and implement a national education campaign about the threat breast cancer poses to all young women, and the particular heightened risks of certain ethnic, cultural and racial groups. This bill became law as part of the Affordable Health Care Act in March, 2010.

In 2011, Rep. Wasserman Schultz joined the Congressional Caucus for Women’s Issues, a bipartisan Members’ organization dedicated to promoting women’s economic, health, legal, and educational interests. Amongst her accomplishments is the passage of the PROTECT Our Children Act, which creates the largest law enforcement effort ever formed for the protection of children, and, the passage of the Virginia Graeme Baker Pool and Spa Safety Act to combat childhood drowning.

She is committed to lower health care costs, improve the quality of life for our children, protect Social Security and Medicare, and provide a sensible homeland security plan to protect our citizens from the ongoing threat of terror. She continues to fight to ensure that our first responders, our local police and firefighters, have the tools they need to do their jobs. And she continues to take up the fight to give our troops and veterans the equipment and compensation they deserve. The Congresswoman is proud to call South Florida home where she resides with her family in Weston. 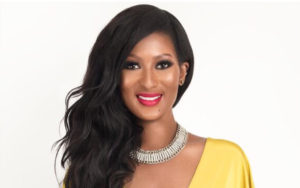 Maimah Karmo is the Founder and CEO of the Tigerlily Foundation and an eight year survivor of breast cancer. On February 28, 2006, at 4:45 p.m., Maimah was diagnosed with Stage 2 breast cancer. She had no family history of breast cancer; and was only 32-years old. While undergoing her second round of chemotherapy, she made a promise to God that if she survived, she would create an organization to educate, empower, advocate for and support young women affected by breast cancer. After her second treatment, Tigerlily Foundation was born. Beginning in chemotherapy, Maimah grew Tigerlily Foundation from a concept to a national organization, with more than 300 volunteers nationwide, providing breast health, wellness and transformational programs to young women in more than 43 states.

In 2010, she received the Congressional Black Caucus Leadership in Advocacy Award, and the Running Start “Women to Watch Award”. In October 2011, Maimah was appointed to the Federal Advisory Committee on Breast Cancer in Young Women, a committee established by the Affordable Care Act, on which she works to develop initiatives to increase knowledge of breast health and breast cancer, for women under the age of 40 and those at heightened risk for developing the disease. She is regularly called upon to speak at/moderate panels on Capitol Hill, as a leader in the world of breast health, in addition to being a speaker at various leadership events focusing on women, youth, health, wellness, politics, advocacy and empowerment. Maimah has dedicated her life to transformation women around the world. She recently travelled to Antigua, on a breast health education campaign. As a native of Liberia, West Africa, she is embarking on a global women’s health campaign to educate women of color, minorities and women of all races about health and advocacy.

She is an author, and speaker, and she has appeared in various media outlets, to include O, the Oprah Magazine, Essence, Ladies Home Journal, Cosmopolitan, Seventeen, Good Housekeeping, Harper’s Bazaar, Marie Claire, Redbook, Traditional Home Magazine and Cancer, Cure Magazine and more. She has also been featured on Fox 5, ABC 7, CBS, the Oprah Winfrey Show, Good Morning America, MSNBC and national radio stations. In 2009, Maimah was awarded a L’Oreal Paris’ Woman of Worth award, among others. Most dear to her heart is her 12-year old daughter, Noelle. Noelle is now an advocate in her own right, hosting a national event, , called Pajama Glam Party, where she engages girls to become advocates and to have healthy lifestyles. She speaks to the media and is interviewed on her perspectives on youth advocacy, girls health, and leadership.

In 2010, Maimah published her memoir, Fearless: Awakening to my Life’s Purpose Through Breast Cancer, which was a best seller. She is also a sought after speaker, presenter and panelist. In 2013, she founded Bliss Magazine, a quarterly publication that inspires others to live their soul purpose.

Tigerlily Foundation’s Young Women’s Breast Health Day on the Hill was first held in 2009, in response to creating additional advocacy and awareness about the issues young breast cancer survivors faced. The Young Women’s Breast Health Day was launched after Representative Debbie Wasserman Schultz signed into law the Breast Cancer Education and Awareness Requires Learning Young (EARLY) Act in 2010, which created an education and outreach campaign administered by the U.S. Centers for Disease Control and Prevention (CDC) to highlight the breast cancer risks facing young women and women of higher-risk ethnic and racial backgrounds, while empowering them with the tools they need to fight the disease. The EARLY Act also targets health care providers with education and information to ensure they are better equipped to catch breast cancer in young women. The CDC has accomplished numerous objectives through the Advisory Committee, enacted to oversee the work of the EARLY Act. This work includes identifying gaps in education and awareness among young women and health care providers; working to increase the quality of life of YBCS in terms of helping them cope with unique challenges they face, including fertility preservation, and long-term survivorship challenges, implementing social media campaigns to reach young women at risk, implementing a media campaign and through giving grants to organizations focused on helping YBCS.

To convene Members of Congress, staffers, advocates, breast cancer survivors, healthcare providers, national/local healthcare leaders, media, and community activists for a collaborative conversation to share the important work that is being done to impact breast cancer and young women, since the Breast Cancer Education and Awareness Requires Learning Young (EARLY) Act, spearheaded by Rep. Debbie Wasserman Schultz, was passed. The event also focuses on the work that the Centers for Disease Control Advisory Committee on Breast Cancer in Young Women, national and local breast health groups have accomplished.