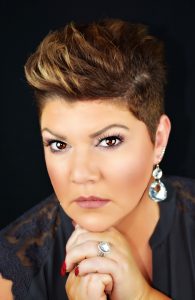 Fabianna Marie has taken her thirteen year fight with cancer and turned it into an opportunity to help others overcome adversity and live their most fabulous life. Established in 2015, Fabulously Fighting LLC, has provided daily inspiration and education on a variety of topics related to health and wellness via the website and social media. It has served as a platform for others to share their stories, helped to raise funds for families affected by Breast Cancer, and ultimately led to the 2016 release of the award winning book, Fabulously Fighting: Living with cancer through love, laughter and honesty. In 2017, Fabianna Marie established Born of Fire Publishing, LLC, the sister company to Fabulously Fighting. Born of Fire Publishing is dedicated to helping passionate people make a positive impact in the lives of others by sharing their story.

Fabianna Marie is an award winning photographer and free lance writer with pieces published in national publications such as Women’s Day, Raw Food Magazine and Vegetarian Times. Fabianna was the key note speaker at the 2016 Oncology Medical Convention in Las Vegas, NV. She was named the National Association of Professional Women’s (NAPW) Woman of the Year 2017 and International (NAPW Woman of the Year 2018. Fabianna was a featured survivor in the Avon Walk for Breast Cancer’s national advertising campaign. She has an established social media presence with over 30k followers. In April of 2017, Fabianna was crowned Miss Pink 2017, where women compete for a cause and fight for a cure. She recently joined the Women’s Choice Awards Blogger Board, helping to empower women to make smart choices. Fabianna resides in Southern NH with her husband Dave, tutu wearing teenage daughter Mackenzie and Prince the wonder dog.