Health is like a gift from God and those who have this blessing must try hard to preserve and keep it because nowadays one of the most serious problems for humans is dealing with various diseases especially different types of cancers. A group of diseases which involve abnormal cell growth with the potential to invade or spread to other parts of the body is called cancer. Breast cancer can be occurred by a variety of causes and is one of the most common types of cancer among women. Unfortunately, the number of people facing breast cancer is increasing significantly in the twentieth century; in other words, according to statistics published in 2019 about 12% or 1 in 8 women suffer from breast cancer in US.

But this does not mean the end for patients and people who suffer from these types of diseases must not lose their hope because many research, trials, and meetings are done to find an effective solution to cure or even prevent the progression of cancer.

The San Antonio Breast Cancer Symposium (SABCS) is a five-day scientific conference. A large number of international audience such as basic scientists, physician-scientists, clinical investigators, and breast care providers, also patients who seek an exchange of new information in experimental biology, etiology, prevention, diagnosis, and therapy of premalignant breast disease and breast cancer attended in SABCS. The mentioned conference started with the presentation of two clinical trials that showed the treatment options for people with HER2-positive metastatic breast cancer and innovative discovery for them.

Dr. Sherene Loi is the head of the Translational Breast Cancer Genomics and Therapeutics Laboratory at Peter MacCallum Cancer Center in Melbourne, Australia. She moderated the presentations and she thought that the new discoveries showed a great result for HER2-positive metastatic breast cancer patients, with and without brain metastasis.

Dr. Lisa Carey was involved the HER2CLIMB trial. In addition she said that tucatinib (added to capecitabine + trastuzumab) appears poised to become the preferred next-line therapy after [trastuzumab emtansine] T-DM1.

When the findings were released in SABCS, the results of HER2CLIMB study were published In the New England Journal of Medicine simultaneously.

In mentioned conference lecture was presented about the DESTINY-Breast01 clinical trial. The safety and efficacy of [fam] -trastuzumab deruxtecan which is an antibody drug conjugate for HER2-positive metastatic breast cancer patients who have received two or more prior therapies was tested in this trail. Therefore during this trail patients received an average of six prior therapies. The results show [fam]-trastuzumab deruxtecan as a potential new option for those patients who will likely have exhausted most, if not all, standard therapies for HER2-positive metastatic breast cancer.

Finally one of the scientists who involved in mentioned trail and had a presentation in SABCS was Dr. Ian Krop. His opinion about the findings was that only two clinical trials introduced at SABCS and both had remarkable implications for patients with breast cancer for especially for those who have not notable cure or treatment yet. 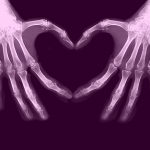 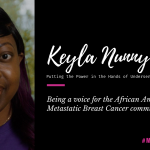 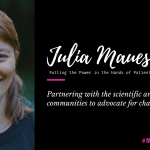 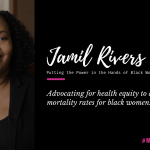