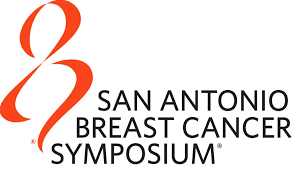 I attended in December 2017, and gathered a wealth of information to share with those who were not able to attend. I am including notes from Anne Loeser (noted in italics, with her permission). My notes are tailored to the metastatic community; however, this summary will benefit all breast cancer survivors interested in learning more about the current research. Promising drugs are highlighted in bold red text throughout the document and I created a table of these drugs with corresponding clinical trials for each breast cancer subtype. All clinical trials accept metastatic patients, and the majority listed here are actively recruiting.

The overarching message from this meeting is that cancer treatments have become more tailored to the individual- sometimes we see a de-escalation of treatment, other times more aggressive treatments, but it depends on each individual case. The need for more integrative cancer care that takes into consideration patient-reported outcomes or PROs (i.e. outcomes important to the patient, such as reducing side effects & quality of life) was also highlighted throughout the conference.

Local therapy of limited disease in ABC: what is the evidence?
Seema A. Khan, SM, MB; Northwestern University; Chicago, IL

Androgen receptor in breast cancer; When might it serve as a suitable target?
Jennifer K. Richer, PhD; University of Colorado; Aurora, CO

*This was my first time hearing about molecular subtypes of breast cancer, to learn more click HERE. The molecular subtype of your tumor is not part of your pathology report and is not used to guide your treatment.

Neratinib (HKI-272) binds to the cysteine residue in the ATP-binding pockets of both HER2 & EGFR which can inhibit tumor cell proliferation & vascularization & induces tumor cell cycle arrest & death; Can cross the BBB; FDA approved in July 2017 for early stage HER2+ BC

Drug target discovery: how to go about it?

Adapted from notes written by A. Loeser 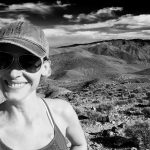