My name is Angela aka Jersi Baker. I am 48-years-young. I am battling this disease for the third time and am now living with Stage IV/metastatic breast cancer. In 2003, at the age of 32, I was diagnosed with DCIS breast cancer, which is the non-invasive form of breast cancer. My cancer was identified by my primary care physician who I was seeing that day to get birth control. After a mammogram and biopsy, it was confirmed that I had breast cancer. As a result, I had a mastectomy, reconstruction and took Tamoxifen for 5 years. I then went back to my “normal life” as a single mom, working and looking for a career change after having completed my master’s degree.

In 2010, I noticed a small bump on my skin, on my left breast. It didn’t hurt so I ignored it. A few months later during a routine checkup I mentioned it to my surgeon. My surgeon immediately started taking pictures and said that she would like to remove it. Once it was removed the pathology report later deemed it was in fact cancerous. Following the procedure, I had several rounds of radiation, and again I returned to what I thought was my normal life.

In 2012, my “normal life” took on an entire new meaning. I had a bad cold, and a weird noise, I could hear faintly coming from my chest, (although I thought everyone could hear it) so I went to urgent care. The technicians took x-rays and sent me home with a prescription. The next day when I returned home from work, there was a message on my answering machine from the hospital, asking me to give them a call. I failed to return the call because I was feeling better. The following day there was a follow up message stating “Ms. Baker, please give us a call we want to discuss your x-ray.” That got my attention, and I returned the call. I was told that they see some concerns on my x-ray and would like me to follow up with my oncologist. I made an appointment with my oncologist, I went alone, and he told me what he thought, but arranged for further test to confirm his suspicions. His suspicions were confirmed to be stage 4 metastatic breast cancer. On the day that he delivered the news that I have metastatic breast cancer, which was in my chest walls, spine, my mom was there to support me. I had no idea what any of this meant but asked I “what now,” and he said he would like to start me immediately on monthly shots of Faslodex and Xgeva.

I honestly didn’t know what to think or feel. I just knew I wanted to “fix it” and get back to life. My son was then away at college and telling him was my only concern. I also was set up to again go through about 24 rounds of radiation. I was truly on this journey alone up until this point, because I didn’t know all the questions to ask, any resources available to me, or anyone who looked like me and had the same walk. In 2016, because of nerve damage, uncomfortable feelings, internal itching and more, I decided to explant. I proudly call myself the #unoboobgirl. Last year, after being NED (no evidence of disease) for 7 years, my scans showed a reoccurrence and I have now added Ibrance, an oral pill taken for 21 days and 7 days off. After hearing about my reoccurrence, I worried briefly, and then remembered the Bible verse I live by Hebrews11:1- “Faith- The hope for things which are not seen but true.” My faith in God is strong, and I know without a doubt He’s GOT me! Although I am often tired, and have daily aches and pains, my mission and grassroots non-profit keep me busy and remind me of the people I need to help, inspire and support. 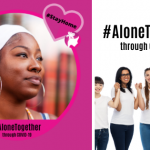 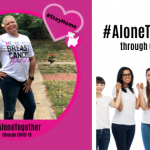 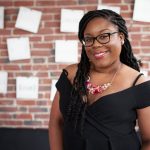 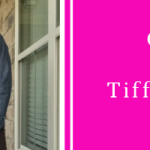 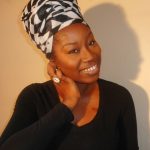 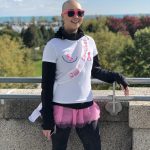 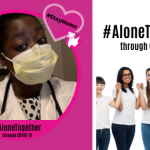 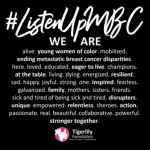 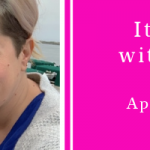 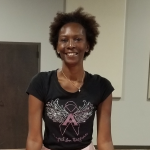 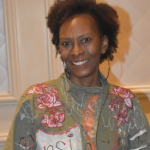