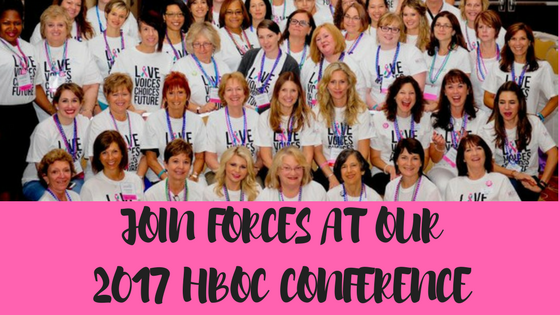 Tigerlily Foundation is excited to be partnered with Facing Our Risk Empowered (FORCE), and to support the great work that they do.  FORCE is a national breast cancer organization whose mission is to improve the lives of individuals and families affected by hereditary breast, ovarian, and related cancers.  FORCE accomplishes this mission by creating awareness, supplying information and support to our community, advocating for and supporting research and working with the research and medical communities to help people dealing with hereditary breast, ovarian, and related cancers.  In a few months, they will hold their 10th Annual “Joining Forces Against Hereditary Breast Cancer” event! We’ll be there and hope you join us!  Read on to learn from Jane Herman, a past conference attendee has to say about why this is a conference you can’t miss!

When I boarded the flight for my first trip to Orlando in June 2011, my goal was not to hug Mickey Mouse or visit Cinderella’s Castle. Rather, my destination was the sixth annual Joining FORCEs Conference. Not knowing anyone who would be in attendance, I was – not unexpectedly – equal parts nervous and excited. 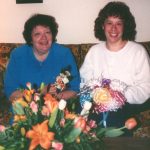 ring the course of the previous year, I’d lost my mom to breast cancer, tested positive for a BRCA2 gene mutation, and had a laparoscopic hysterectomy. Four weeks after the conference, I was scheduled for a prophylactic bilateral mastectomy and immediate reconstruction using my own abdominal tissue, which would be micro-surgically reconnected to create new breasts.

The only known mutation carrier in my family at the time, I had met a few BRCA sisters at meetings of New York City’s FORCE group, but I was hungry for more – more medical information, more quality-of-life tidbits, and, perhaps most of all, more (and deeper) connections with others who “get it.” I couldn’t wait to talk to people about my experiences – and learn about theirs – without having to start the conversation by explaining what a BRCA mutation is and how drastically it increased my lifetime risk of breast and ovarian cancer.
From the minute I climbed aboard the shuttle, I got exactly what I needed. Before we’d even left the airport, several fellow riders and I had already connected, sharing details of our BRCA and HBOC journeys for much of the trip to the hotel.

The next two and a half days flew by in a heartbeat. In addition to the large and small group sessions, I networked, took notes, shared my own story, swapped email addresses, strolled through the exhibit area (and made a purchase or two!), attended the ever-popular “show and tell” (for women only, of course), asked questions, and chatted one-on-one with doctors, genetics professionals, and many of the hundreds of BRCA sisters (and a few brothers) who joined me at the conference.

There were a few tears as well, especially when I talked with pairs of mothers and daughters traveling the BRCA road side-by-side. How I envied their togetherness, and, oh, how I longed for my own mother and for her to know about this thing that we shared. For every tear, however, there were a hundred hugs – and I don’t mean “air hugs.” I mean real, honest to goodness (if you’ll pardon the expression) boob-crushing hugs.

When I returned to Orlando in October 2012 for the seventh annual Joining FORCEs Conference, the hugs began as soon as I got to the hotel.

Words cannot begin to express my joy at seeing in person the friends with whom I’d been emailing, texting, and Facebooking for the last year. As in 2011, the days flew by in a whirlwind that was both the same and different from the previous year. Presentations by researchers and clinicians brought us up-to-date on the latest developments in a field that moves at lightning speed, while the exhibit hall, once again, offered fun jewelry, pretty scarves, useful products, and connections to an array of organizations whose work benefits members of the HBOC community. Perhaps most significant for me that year was that with my own mastectomy in the rearview mirror, I could “pay it forward” as a “show-er” during “show and tell,” proud of what I’d done and more than willing to share my experience – the good and the not-so-good – with those who were standing where I’d been just one year earlier.

FORCE volunteers at the 2015 conference

By June 2014, when the eighth annual Joining FORCEs Conference was held in Philadelphia (in partnership with the Basser Research Center for BRCA), I’d been an Outreach Coordinator for the New York City FORCE group for 18 months. My co-facilitator and I not only drove together to Philadelphia, but also organized a group dinner at a local

restaurant on Friday night so attendees from our “hometown” group could spend time together. In addition to all the things I’d come to know and love at the FORCE conferences, this time around, my days also included early morning Outreach Coordinator meetings and several sessions designed specifically for participants in FORCE’s Research Advocate Training (FRAT) program.

The ninth annual Joining FORCEs Conference in Philadelphia in June of 2015 did not disappoint either. As in the past, I reconnected with friends I’d met at earlier events, got to know new people, and learned so much, all of which would be useful to me or to members in our NYC group.

When I left Philadelphia after that last conference in June of 2015, I was certain I’d return to the next one, slated for October 2016 in Orlando. What I didn’t count on, however, was the Yiddish expression “Der mentsh trakht un Got lakht,” which means “Man plans and God laughs.”

And God, it seems, had a good laugh, indeed.  Hurricane Matthew struck Orlando on the very day many of us were to have flown in for the conference. To our tremendous disappointment, but understandable under the circumstances, the 10th annual Joining FORCEs conference had to be postponed until the spring.

Now, however, registration is open and I’m looking forward to returning to Florida in June for all the same reasons as always: friendship, camaraderie, the latest scientific and advocacy information about hereditary cancer, and so much more. As usual, I won’t visit with Mickey Mouse or Cinderella in Orlando, but I am looking forward to seeing members of my FORCE family – the many I already know and those I haven’t met yet!