I Eat Chick’n or Turk’y? Soy What? 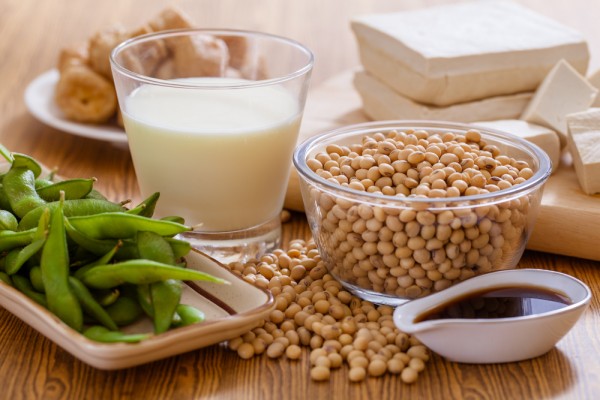 If you have been following me for a while or read the articles that I’ve written for the Tigerlily Foundation blog, you know that I encourage everyone to reduce their intake of animal protein.  Numerous studies have been conducted which show that a plant based diet is the best diet for living a long healthy life.  Plant based diets reduce your risk of heart disease, cancer and a host of other diseases.  While I do not necessarily encourage everyone to be vegan, I do encourage you to eat whole unprocessed foods and processed soy foods are no exception to this rule.

When I was new to clean eating, I thought that I was doing such a great job by making tasty stir fries with soy “chick’n.”  I tried all of the soy “meats”– soy ground meat, soy hot dogs, soy soul food – you name it!  Thankfully, I didn’t do this for long because there are three major problems with all of these types of soy products:  (1) there is a major debate as to whether soy increases or decreases the risk of breast cancer, (2) they’re generally genetically modified and (3) they’re significantly processed.

Soy has been hailed a cancer fighting food by some, including Dr. Andrew Weil, a renowned functional medical doctor and is said to be a cancer causing food by others, namely nutritionist Kaayla Daniel.[1]  Soy contains phytoestrogens which act like a weaker form of estrogen.  Isoflavones or isoflavonoids are the specific type of phytoestrogens found in soy.  Given that the structure of isoflavones is very similar to estrogen, the body may recognize and use isoflavones as it would estrogen.  Remember that one of the causes of breast cancer is increased estrogen levels in the body, so this may be especially troubling for breast cancer survivors and those at high risk for breast cancer.  On the other hand, estrogen protects a woman’s bones and heart and is vital to child bearing.  Isoflavones may also block natural estrogen which would be beneficial for those with breast cancer and those at risk for breast cancer, but it depends on how many isoflavones are present and where they are in the body.[2]

Almost 95% of the soy products in the United States are genetically modified and over eighty percent of the U.S. food supply contains genetically modified organisms or “GMOs.”  GMOs are plants or animals created through experimental biotechnology whereby DNA from different species is merged, creating unstable combinations of plants and genes that cannot occur naturally or in traditional crossbreeding.[3]  Scientists believe that GMOs wreak havoc on our systems and cite animal studies showing organ damage, gastrointestinal and immune system disorders, accelerated aging, and infertility.[4]  Soy lecithin is an emulsifier that is used in many processed foods and is usually genetically modified.  Soy lecithin is in everything from granola bars to chocolate.  So if you decide to eat soy, make sure that it has the “Non-GMO Project Verified” seal on it.  The Non-GMO Project is an independent non-profit organization that verifies non-GMO food products.

In addition to potential problems with soy being linked to breast cancer and being mostly GMO, many soy products on the market are also highly processed.  Processed soy is just like any other food that is processed – it is not a whole food and has a lot of food additives.  Processed soy includes foods such as: soy cheese, bacon, chick’n, etc. and food manufacturers and restaurants make them very tasty and enticing for those who are trying to avoid or limit their intake of animal protein.  If you want to add soy to your diet, include whole soy foods such as tofu, tempeh, edamame or miso.  There have been studies done on Japanese women who consumed soy from childhood and had a lower risk of breast cancer than Western women, but they always consumed whole soy foods.

I salute you for wanting to reduce your consumption of animal protein in your diet.  Adding some soy could be beneficial, but I would suggest that you do it in moderation.  Also only eat whole soy foods and those that have the “Non-GMO Project Verified” seal on them.  So ditch the soy chick’n in your stir fry and make it with “Non-GMO Project Verified” tofu, tempeh or beans instead!
AmiCietta D. Clarke
Certified Holistic Health Coach
Founder of Clean Body Living, LLC

[3] The Non-GMO Project.  “What is GMO?” NonGMOProject.org < http://www.nongmoproject.org/learn-more/what-is-gmo/>

[4] The Institute for Responsible Technology.  “10 Reasons to Avoid GMOs.”  Responsibletechnology.org