Clinical Trials and the African American Community: Why we need to participate?

Taking part in a clinical trial involves trust.  Unable to take comfort in substantiated data and results, the need to trust the medical team administrating the trial is critical.

That trust is what helped keep, Thomas Goode an African American, alive when he was diagnosed with multiple myeloma at age 34. Goode participated in clinical trials where he received access to experimental drug cocktails.  He said of the trials, which he feels were key to his recovery, “I never knew anything about clinical trials, but a lot of my trust and faith was in the doctor,” he said. “I trust you, doctor, whatever you say.’”

For many African Americans a lingering distrust of medical experimentation is based on a history of unscrupulous clinical trials. Angela Marshall, an internal medicine doctor and board member of Black Women’s Health Imperative, said she sees a “lack of excitement among minority communities for clinical trials, coming from a mistrust of the medical community.”

Many black patients often cite the infamous Tuskegee study, conducted from 1932 to 1972 by the U.S. Public Health Service, in which researchers knowingly withheld treatment from African American sharecroppers with syphilis in order to study the progression of the disease.  Other high-profile examples include Henrietta Lacks, a poor black tobacco farmer whose cells were taken without her knowledge in 1951. Henrietta’s cells became one of the most important tools in medicine and immortalized today are called the “HELA” cells.

Nearly every advance in cancer today was first evaluated in a clinic trial.  To understand how a smaller minority group responds to a drug, researchers might have to enrol more patients than what would be a nationally representative sample, but African Americans are massively under-represented in trials.  Statistically only 1%-3% of African American women participate in clinical trials even though their risk of getting cancer is the same or higher than other groups.  Clinical trials should reflect the population it will serve.

My own journey as part of a clinical trial started after experiencing a burning sensation in my chest when I sneezed. I had no lump and no feeling that anything was wrong but after a mammogram and several other scans I was diagnosed with Stage IV Breast Cancer – which had already spread to my liver and ribs – at the age of 43.

Since my diagnosis I have received six different treatment plans and my doctor has offered me many different treatment options.  I have been lucky to benefit form a strong physician/patient relationship and as a result I learned about an ER+/HER2+ clinical trial that other patients were doing well with.

My life expectancy was 3-5 years when I was diagnosed with MBC.  Because I was given the opportunity to be included in the tireless research to find a cure, I am still here nine years after my initial diagnosis.  I want a cure.  I want to see increased financial resource being channelled into research and I don’t want my daughter to ever have to worry about this disease in her lifetime.

It is clear that some serious trust building initiatives need to happen so that there is a marked increase in the numbers of African Americans overcoming long-seated trust issues and making the decision to take part in clinic trials.  Even though there is a recognized research need for a more diverse ethnic sample in trials, opportunities to take part in life saving experimentation are withheld from desperately ill black patients.  African American patients are more likely than white people to have other conditions which could complicate research results and trials often preclude patients with other conditions, seeking participants with the least amount of complications.

I decided to join a clinical trial because I think it’s important for the African American community to see how vital clinical trials are to medical advancement. Without investment into improving trust issues, exclusion and other barriers to the inclusion of African Americans such as finances, cultural differences and transport there will continue to be a lack of diversity in clinic trials and a real risk of drugs coming onto the market before they have been properly tested with minority groups. 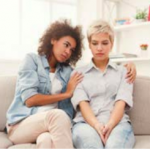 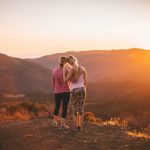 Faith as a Foundation for Healing and Growth

Does having stage 4 breast cancer not make me worthy of Love? 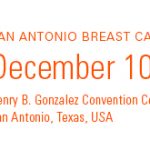